Just like traffic flows in waves I find that dog behavior topics seem to come up in waves.

The cases I’ve dealt with are all about multiple dog households.

So the first example is about a household with three pugs ranging in age from geriatric to young adult. The dogs are deeply loved.

“We do not need our dogs trained. They are little and we love them the way they are.”

But, just as I was leaving

“Well, since you are here let me ask you: Pug No.1 always runs away, and Pug No.2 pees on our bed when she sees Pug #1. What can we do about that?”

Training does not necessarily mean teaching them to sit or come when called: it very often means observing them carefully and then recognizing their anxieties, and insecurities, and solving those for them.

The second example: An older lab has to deal with a new puppy. They are more or less left to their own devices. They are staying in a small kitchen during the day and are taken out for walks together only. All of a sudden the younger one becomes fearful and the older one retreats and “does not do the things he used to do”. That is a clear indication that their needs as individual dogs are not being fulfilled.

The third example: A puppy is added to a two-dog household. The puppy was originally raised on a farm and has not had a lot of human contact. Then briefly moved to a breeder’s place where she was “trained” by physical aversion (for example gagged when she mouthed). The puppy learned very quickly to just sit on her bed next to her littermate and learned that doing nothing and integrating with other dogs was a successful maneuver to keep her safe from human hands. So when she arrived home she continued to ‘disappear into doggieland’ and be wary of human touch. There was no “bad” behavior except that she would unexpectedly growl when handled or simply not want to engage upon human invitation.

Sensitive To Our Dogs’ Needs

We must raise our awareness and be sensitive to our dogs’ needs. First of all: if we want to have harmony in our mixed-species family, not only do we need to read them better instead of labeling them, but we need to find a way to be very clear in our communications; that what we reinforce in their behavior will be to our mutual benefit.

If they are not interested in interacting with the humans that can lead to repressed urges and needs. Even though there are many cues they can pick up from their fellow dogs, the motivation to interact with the human and use their frontal brain lobe and have good communication skills with the human part of the family remains limited.

open The lines of communication

In order for a dog to feel safe and be the most educated they can be and understand us as humans, we humans need to have direct, open lines of communication with each dog. A personal relationship with them as individuals. Often retreating into ‘safe doggy land’ is a sign of feeling overwhelmed and being unsure of what they are asked to do. We need to encourage them and awaken their curiosity, make them feel special as individuals in addition to their relationship with their canine companions. Safety will mean freedom to be curious and optimistic to fulfill their specific needs without fear.

Clearly, you want to have an intensely personal relationship with each of your dogs…and that is why spending time with them individually is so important and fun. The mutual bond is greatly reinforced because of the intensity of the attention they are receiving.

It is like an invitation to a special time that opens a whole different delight. It is a time when you do things together when they get much more intense affection individually and have experiences that only happen when the two of you are alone together. There are no distractions. At the same time, they learn to cope with different scenarios and different configurations. It makes their brains more flexible and soothes certain underlying insecurities.

Training really is the result of a willingness on the dogs’ part to perform a less likely behavior because of a positive outcome in a more likely behavior. It is a series of exchanged interactions, uninterrupted by others. Accepting an invitation from the human to try something new and different that will always be rewarding.

If you live with more than one dog and you have concerns about some behavior issues, please don’t hesitate to reach out to see how we can address these issues. 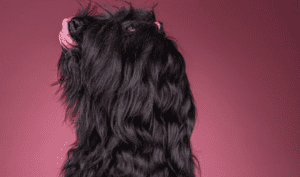