Dog Relations: Let Your Dog Be A Dog 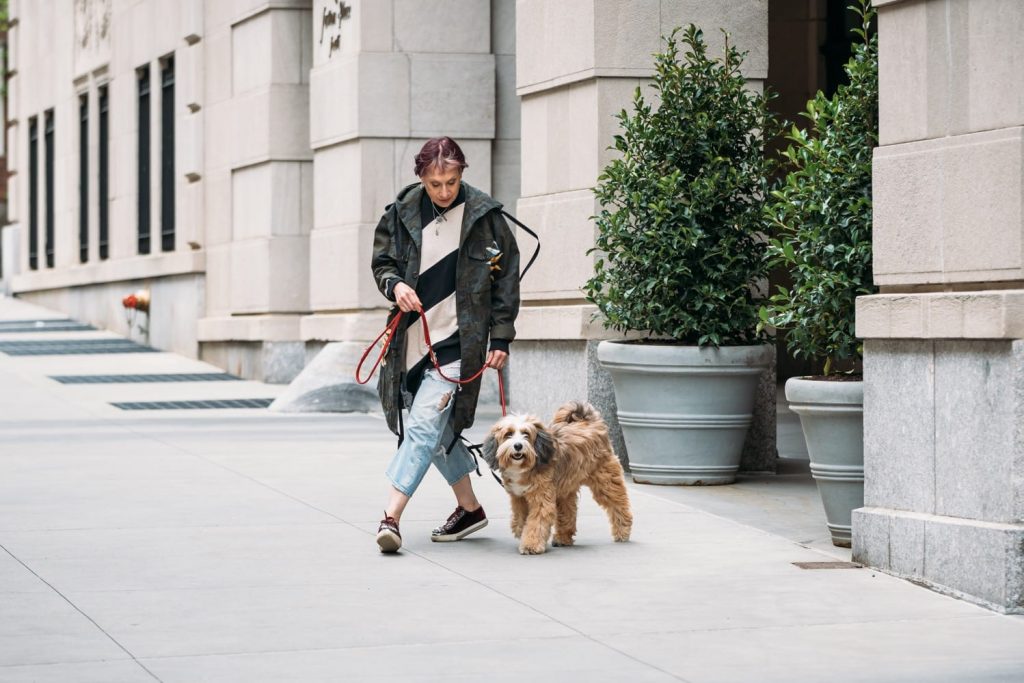 Very often the first thing we teach a puppy is how to sit. I am not quite sure when all of that started. I guess it is easy enough to teach and makes a puppy guardian proud.

However I have become tired of this cookie cutter approach. Not because I think that sit and wait are not valuable but because I feel that people start to ask for those behaviors under difficult or inappropriate circumstances. I also object to forcing the puppy/dog to sit by pulling up on the leash or pushing the butt down; even worse is to constantly ask the dog to sit when he is jumping.

If you want them to keep all paws on the floor then prevent them from jumping in the first place by rewarding them for remaining on the floor. Don’t wait until they start jumping.

When I work with a dog I feed the dog strategically in the position I would like the dog to be in. In other words: low and while the dog is still calm. With my puppy Snorri (who is huge!) this has paid off big time because he has taken to alternate and low positions when he greets humans or other dogs. He will play bow, offer a stand sideways to the human greeter, for small dogs he will lie down on the ground and other behaviors that everyone prefers over jumping, and he does so because I reward so highly for that.

In situations that I know are difficult for him I will feed his polite position. I know people think that I am constantly handing out behavior candy and they say stuff like “Ahh yes the treats…” but they don’t understand that there is a method to my feeding madness.

The reason I felt the need to discuss this topic is that I have lately seen a few examples of people who are so obsessed with the idea of “no jumping” that they won’t even let their dog/puppy play with another dog! Ironically, as the puppy sees the other dog and wants to play, they tighten the leash causing the puppy to stand on his hind legs and hop up and down on the restraining leash… while they order them in vain to SIT… something the pup cannot possibly do. The puppy is being punished for being a friendly puppy, for wanting to play and be social. It’s a double whammy of inadvertent reinforcement caused by overly zealous control. It’s quite troubling to me.

As much as I feel that a puppy should be taught to be polite in human and canine terms I feel it is cruel to smother their good instincts. Help them by showing them what we would like the greeting to look like and they will gladly follow your guidance.

Tips for Spring Dog Grooming in NYC
Why is a Behavior Consultation important for Dog Training?