Part 2 of “My Dog Does Not Need Training”

This is the perfect story of why training helps a dog be a good dog and makes life easier for them.

I received a call from a woman who said she needed help with her six-month-old Malamute. She kept saying he is a good dog but has some issues.

When I met Alik he was a floppy puppy of 75lbs! He was happy to meet me. The family loved him, but they simply did not know how to deal with a GIANT puppy.

The basic problem he had, was that humans had not handled Alik while his socialization window was still open; he could not be handled at the vet’s office, He would snap when someone touched him, yet he was loving. He supposedly liked his “crate,” yet he defended the space. The crate door was never closed.

Oh, and he was very food motivated, which was fine as long as he did not leap onto the table when the family ate!

What did Alik learn in 4 or 5 lessons? Alik learned how to think, to leave food, and “beg” by lying down on the floor because he knew he would be rewarded there. He learned how to be touched and poked, stick his head into a muzzle so the vet could draw his blood, voluntarily enter his crate with the door closed, and be gentle with his mouth. He truly learned to offer rewarded behaviors and that the consequence for him would always be an excellent outcome. He gained confidence and trust.

What is so moving to me about this story is that this could have gone terribly wrong! In the wrong hands, he could have been punished for his “misbehavior,” and he easily could have turned into an unmanageable dog. It took so little to give him agency, to build his trust, and to show him that he was safe.

To prepare for his travels:

He wore a muzzle voluntarily when he needed to get a rabies titer test at the vet’s office.

He was able to lie calmly on the ground when the family went out to eat, even with waitpersons and other dogs walking by.

He traveled to Israel with his family last night.

They texted and told me that he entered his crate at the airport voluntarily; he did not cry when they took him away to load him into the hold, and he was himself when he arrived!

This is what a little positive reinforcement and reading his body language well can do.

I wish Alik and his family well! What a wonderful outcome. I am so proud! 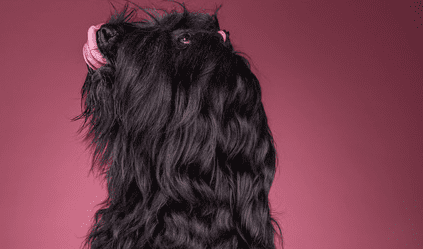 Elisabeth
December 22, 2021
I have great admiration for trainers who work with non-domesticated animals. I just love to see a walrus open their mouth on cue to have their tusks measured or see an elephant place their giant foot on a stool to have their nails done. All done voluntarily on the animal’s…
Read ArticleBlog 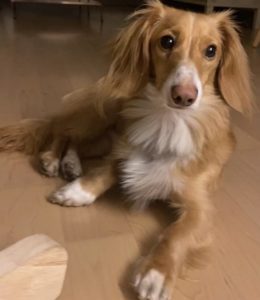