“Wow! Good girl!” Elisabeth Weiss chirps in a voice higher than Olive Oyl’s after inhaling helium. She’s talking to her first client of the day, an 11-year-old black-and-white Border collie named Oreo. They lock eyes, Weiss waves her hand, and Oreo springs up onto two air-filled stability balls—a shaky balancing act on all four paws. It’s a rehab exercise to strengthen the ACL and medial meniscus Oreo tore in her left hind leg last November. Another wave of Weiss’s hand and Oreo is back on the floor. “C’mon, cookie! C’mon, cooks! Let’s go!” Up and down, up and down Oreo climbs, struggling but determined, transfixed by Weiss’s spell of encouragement—and the nuggets of freeze-dried beef tripe she’s holding. “She knows she’s doing well!” says Weiss, whose talents bring her entrée into the homes of a certain set of New York’s moneyed canine owners. “She’s such a brave dog!”

Weiss uses her normal voice when speaking to humans, though a few minutes in her presence will make anyone start talking like a cartoon. Even Lou Reed, for whom she trained two dogs, would try to imitate her dog voice, “which was hilarious,” she says. Today’s first house call takes place in the living room of a Midtown West apartment, where Oreo’s psychiatrist owner, a divorcé, keeps his extensive Star Wars collection.

Elisabeth
November 15, 2015
Laurie Anderson Is Telling Stories, Hers and Ours By Jon Pareles In “Heart of a Dog,” Ms. Anderson’s voice-over tells a string of converging stories amid images that can be documentary or nearly abstract: cellphone videos; surveillance footage; home movies old and new; skies and seascapes; and Ms. Anderson’s charcoal…
Read ArticleBlog 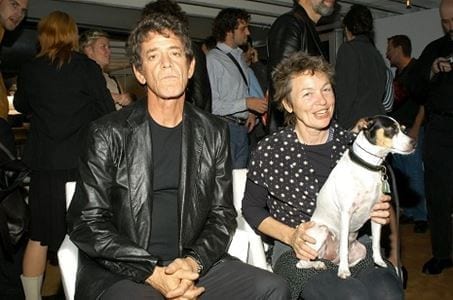 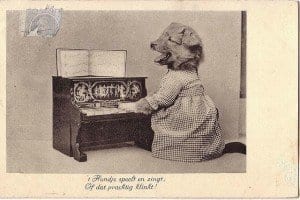 As featured in New York Magazine!!!! 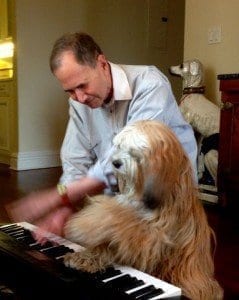