Extinction? Getting rid of unwanted behaviors and living though the process!

When we want a behavior to wilt away we are told to “ignore” that behavior.

Here is an example:  Your dog is demand barking. It is annoying to you, but following the advice of your trainer you continue with your daily chores and just let the dog keep on barking. The thinking is that if you ask the dog to stop you are giving him what he wants, which is attention. Any kind of attention.

But if intelligently applied there is much more we can do to help extinguish unwanted behavior.

If there is a way to show the dog that the annoying behavior results in a consequence that does not at all fulfill the dog’s intended end result but quite the opposite or something surprisingly different and unexpected. Then your dog should be able to understand quickly that the barking is not working.

For instance: What would happen if you turned off the lights and left the room as soon as the barking started up? Ooops! Wait a minute? Is THAT what happens when I bark?

It would be an instant lesson.

You would also avoid the following traps:

1)   The temptation to lose patience and yell: “shut up already” that increases with every minute…which teaches the dog that he has to bark just a little longer to get the attention he wants…and will gladly do that.

2)   If you mutter under your breath and feel annoyed your dog will sense it and interpret that as a “reaction” on your part. That means you are indeed paying attention to the unwanted behavior.  Especially if you are aggravated the dog will smell the increased adrenaline you emit.

3)   By allowing the behavior to continue for a long time while pretending not to notice the dog is practicing the behavior and that in itself is reinforcing. The more you do something the better you get at it.

4) The danger in interrupting the behavior is that you might be creating a little vicious circle game of: dog barks/human says: Settle down! Quiet!

Real life rewards and rewarding short bark free time periods are far more productive. Rather than expecting the dog to “shut up” for what must seem like an eternity to the dog, reward him with fun real life things.

I recently worked with a client whose dog was demand barking while she was working in the kitchen. His real life rewards for settling became: licking the dirty dishes in the dish washer, going to his bed , a highly rewarded activity and getting clicks for remaining settled.  Also, allowing him to move from his bed to settling next to the dishwasher where he then waits to be allowed to lick the dishes. As long as he is quiet all is good. When the dog gets to focus on a reward life is much easier than waiting in a vacuum.

So many dogs do much better learning to “do nothing” when they have a rewarding goal to focus on. This is so much easier than asking the dog to give up a self rewarding activity without helpful hints about what the desired outcome might look like.

Hey: not so bad! I can have fun if I give up something I was doing that was not such a great idea now that I see what happens if I do “the nothing thing”. 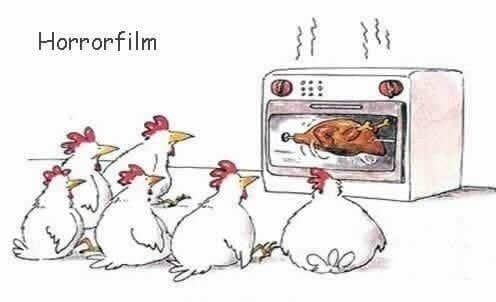