Fearful dogs: think tiny increments and the importance of how a treat is delivered

Working with small and fearful dogs is a fascinating project.

Being afraid of getting up and down stairs is not that unusual a problem for dogs, but for tiny dogs the problem sometimes is simply the fact that the angle of the stairs is so steep that the dog is actually in danger of toppling forward.

Before the lesson this little papillon managed to somehow pull herself up the stairs when lured with treats by the owner. But there was no way she could get herself down safely.

The video shows the solution I found for her: I taught  her to walk down sideways. that way the surface of each stair seems longer and the angle more shallow. But that was not quite “safe” enough for her.  So rather than tossing the treat on the step itself which I had tried unsuccessfully at first, I presented the lure in my open palm about halfway between the two step surfaces. That way it was much easier for her to get to the reward for her bravery. At the same time I blocked the scary view of the actual depth of the distance for her.

That little increment allowed her to become relaxed about the process.  I believe that presenting a treat in a way that requires the dog to lick has a calming effect since licking their lips is a self calming gesture dogs perform naturally.

A couple of days later the owner reported to me that her puppy wants to climb up and down every staircase leading up to a building entrance they pass on walks!

The moral of the story for me: Don’t be frustrated when you have to break up a process into tiny increments. It might seem inordinately time consuming at first but the pay off is priceless.

I just got a little video from Mochi’s humans: showing off: 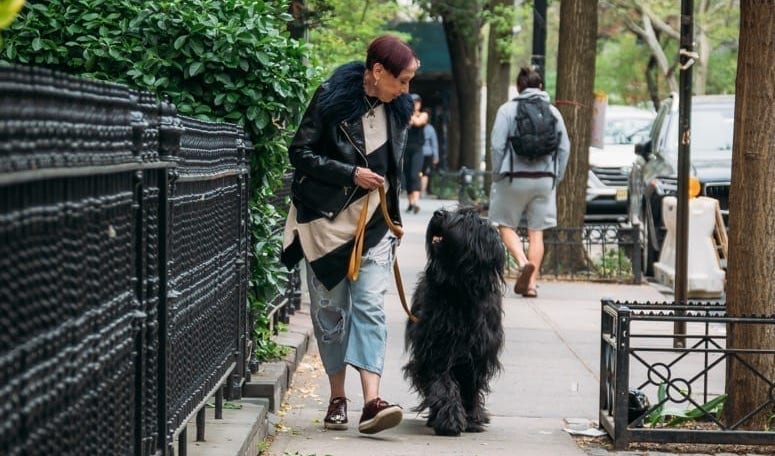