The Ping Pong of Asking for New Behaviors

When teaching a new skill, we usually teach it through successive approximations. It’s like going from a rough sketch to a detailed painting. I have talked previously about comparing behaviors to a picture you have in your mind, then refining the image in successive approximations until you get the exact picture and thus ultimate understanding by the dog of what your mental image actually looks like.

For example if I teach the dog to offer a sit, at first I might not care where the dog sits or how long the dog sits but over time I can communicate quite precisely when and where I want the dog to sit in relationship to me.

What I would like to discuss here is that in order for the dog to learn a more refined understanding you must keep asking more and more of the dog. But in the process, you will definitely have more success if you allow the dog an easy answer in between making the puzzle harder and harder all the time. It makes the atmosphere more relaxed. If all of a sudden, it’s easier to guess right the dog as we ourselves do, gets the feeling “Oh that’s child’s play! Ha, no brainer!” I am sure that you have had an experience like this yourself.

So, if you decide to mix the easy “pong” into the learning experience the dog will feel encouraged and then gladly try to sit longer or closer or facing in a different direction. Rather than expecting the learning curve to ascend in a straight line, allow the variation that happens naturally and use the “ping-pong” effect.

Recently I watched an online seminar by Laura Monaco-Torelli, who specializes in teaching animals to accept so called “husbandry” procedures voluntarily. Anything from allowing the human to administer ear drops, accepting needle pokes/injections, having their blood pressure taken or getting weighed at the vet’s office. She actually applied the ping-pong effect in that process which was really interesting and informative to me.

One of the important reward factors that we tend to neglect are “space” and “time”. We tend to use mostly desensitization and counter conditioning to habituate dogs to certain scary or unpleasant procedures, not paying enough attention to those two strong reinforcements, namely space and time.

Let’s take the example of the dreaded nail clipping:

One day, for no apparent reason, my adolescent puppy would run away just when I touched the bag in the closet where the nail clipper is kept. When she was a puppy she let me clip her nails and I made sure that she was always rewarded. She never had an accident with the clipper, never any pain associated with the nail clipping that was apparent, but all of a sudden, she decided she hated the nail clipper. So much for puppy training.

After watching Laura’s webinar I told myself that I should be able to handle this dammit. First, I would go to the closet, open it and not take out the clipper, then reward her. That took no time whatsoever. Then I started taking the nail clipper out completely out of context. I would slowly move, allow her to look at the clipper and then reward her, paying attention to the fact that I presented the nail clipper FIRST and then the treat. I did not want to “lure” her with a treat to “let me” touch her with the clipper because, as we have learned in the past the treat becomes a predictor for a nail clipper appearing and thus gets devalued really fast.

After very few repetitions she was comfortable enough to settle down and allow me to touch her feet briefly with the nail clipper. However, I would not hold her paw and would allow her to withdraw the paw when she felt ambiguous. I would WAIT her out until she was ready to present the paw again. And here I think is the key point: to show her that the nail clipper might look scary but does no harm, I would touch her flank with the clipper and reward. Then touch another part of her body and then go back to the paw. I see this as an equivalent to the ping-pong of making it harder and easier intermittently. All of my movements were slow and I stayed calm. I did not put time pressure on her or myself!  Time and space = reassurance for both of us.

Rather sooner than I expected she allowed me to clasp the nail with the blades of the clipper. I still didn’t actually clip. Then, after returning to other body parts I felt that she was not afraid of the clipper. I then opened and closed the clipper so she could hear the sound a couple of times. Again, the high value treat followed this. Finally, we both felt calm and confident, I closed the clipper around the nail and actually clipped! I gave her calm but intense praise and a high value reward. But I did not stop there: I did another “mock” clip and rewarded her greatly for that (NOW: HOW EASY WAS THAT?!!) and then she was done!

A few days later, I was brushing her. I showed her the nail clipper… presenting them very slowly. No adverse reaction from her! We went through a couple of mock trials, I went to clip her dew claw and it was EASY!!!!

Now don’t you think the 15 minutes I invested in the nail clipping exercise was worth it? Compare the time involved in solving the problem and weigh it against a lifetime of dreading the nail clipping.

A little patience goes a long way and is a million times better than the quick and dirty; one person restraining the dog and the other person nervously fumbling around to cut the nail as quickly as possible. So much was achieved by allowing the PING-PONG effect to do its magic! 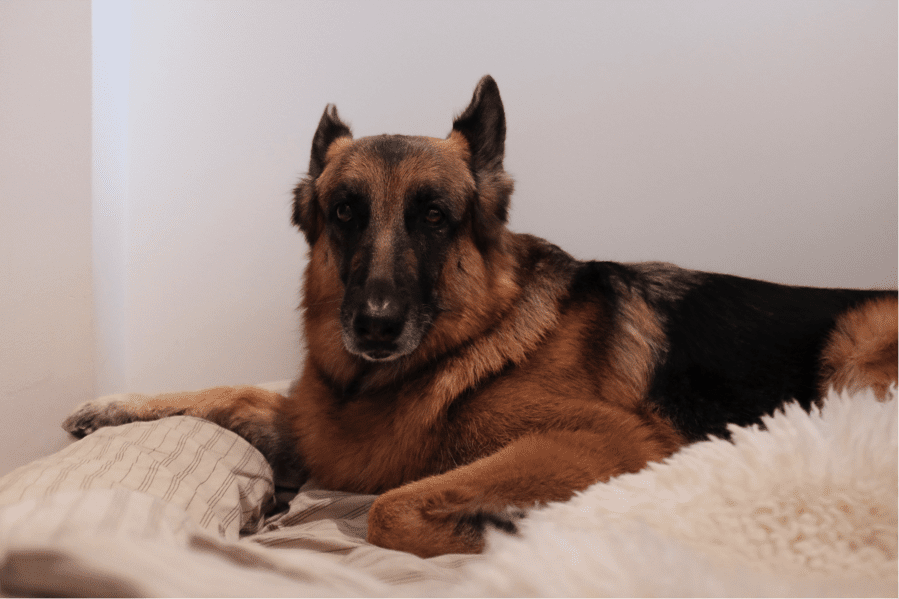 The Benefits of Positive Reinforcement